According to the OECD Employment Outlook 2019, 18.4 percent of all jobs in Germany are threatened by automation. This refers to jobs i 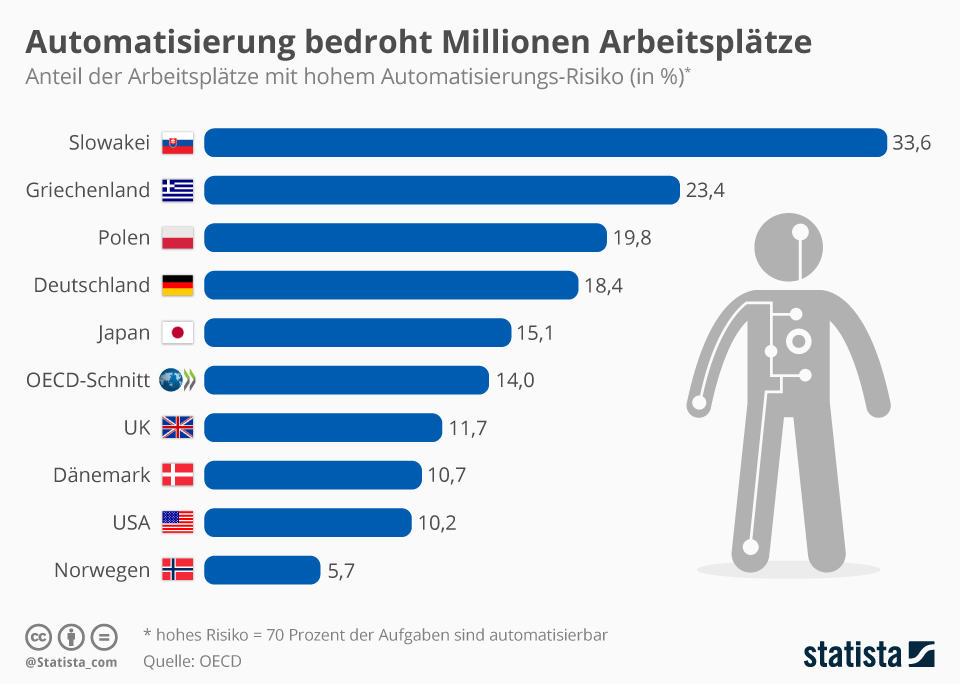 n which 70 percent of the tasks could also be performed by machines. In other countries, the chances of not falling victim to automation are much better. In the US, for example, it is just over ten percent, in Norway even less than six percent. How high the proportion of jobs threatened by technological progress depends, among other things, on the respective economic structure. In Germany, relatively many people still work in traditional industries, such as automotive engineering. This kind of work is easier to replace with robots than service jobs, where direct interaction with other people is essential.

Picture: High-risk countries: 70 percent of the tasks can be automated according to the OECD, Visualization by statista.com